About Mark Vaughan, NRA Board of Director 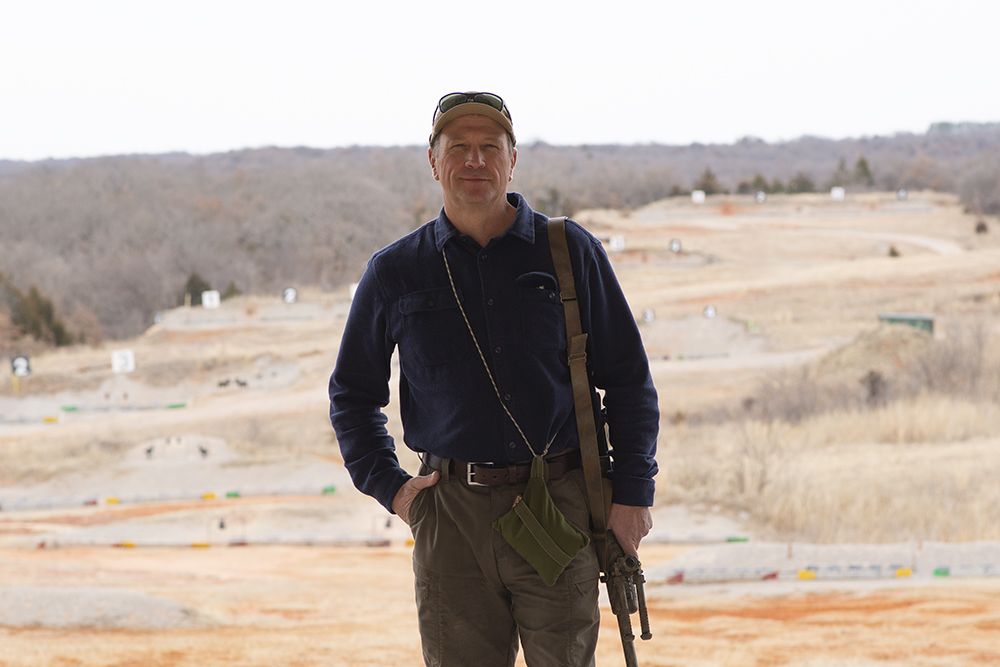 A mission to protect and serve

Mark’s love of firearms, shooting and the outdoors began as a child growing up in Oklahoma. Over the years as his skill developed, so did his passion for firearms and the rich history and freedom they represent. The progression began with shooting and later evolved into action. His work and story impacted not only his local community but the nation and world.

Mark’s 30-year career in the food industry began with his ownership and operation of Vaughan Foods based in Moore, Oklahoma. Under his leadership, the firm grew to a multi-million dollar operation with customers in 40 states and in Canada, employed over 500, and was publicly traded. Mark sold the business and remained COO for the next 5 years. In 2015 Mark was appointed by the Oklahoma State Legislature to an advisory position for the Robert M. Kerr Food and Agricultural Products Center, based at Oklahoma State University. Currently Mark works in the produce, food, and logistics industries. 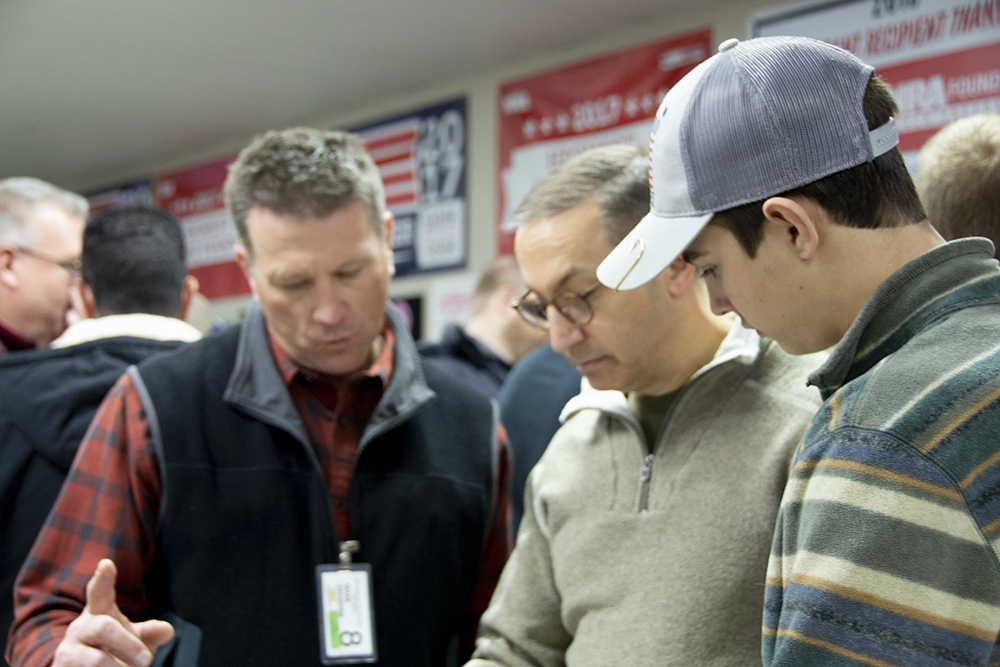 For 25 years, Mark has been actively involved in the Oklahoma City gun club with a membership of over 2,000. Serving at various times as president, vice president and trustee, he oversaw the expansion resulting in various groups developing such as Women on Target, and Cowboy action shooting competitions. He also contributed to the growth of community and awareness of the shooting sport in Oklahoma.

One of Mark’s greatest desires is to pass on the skill and love of shooting to others. For the past 20 years, he has been a firearms instructor with law enforcement, Women on Target, Boy Scouts of America, and as a NRA instructor. He believes that our second amendment rights carries with them the responsibility of proficiency with firearms. 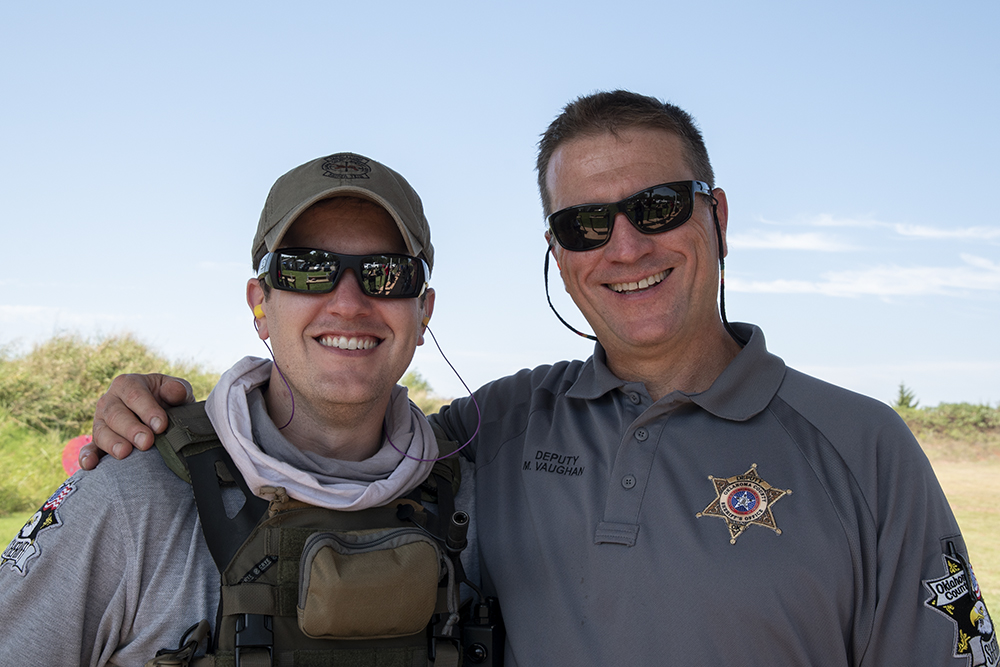 Serving the Community through Law Enforcement

In 2010, Mark became a reserve deputy Sheriff for Oklahoma County and currently serves on the tactical team, and is involved in firearms instruction. In 2019, he became a NRA certified Law Enforcement instructor in addition to serving on NRA’s Law Enforcement Assistance Committee.

Because of his extensive training and experience as a law enforcement officer, when an extreme situation came up at work, Mark was able to respond and stop the violent attack at a food facility in Oklahoma. Because of his heroism, he received multiple awards of valor and was made NRA’s 2014 Law Enforcement Officer of the Year.

In 2019, Mark was elected to the NRA board of directors, continuing his lifelong passion and support of firearms and community.

Shared During Trump’s Keynote at the 2019 Annual Convention

Mark shared his story of stopping an extremist attack during the President’s keynote speech at the 2019 NRA Annual meetings in Indy, also encouraging the NRA membership and all that love and support the second amendment to stand together as one. 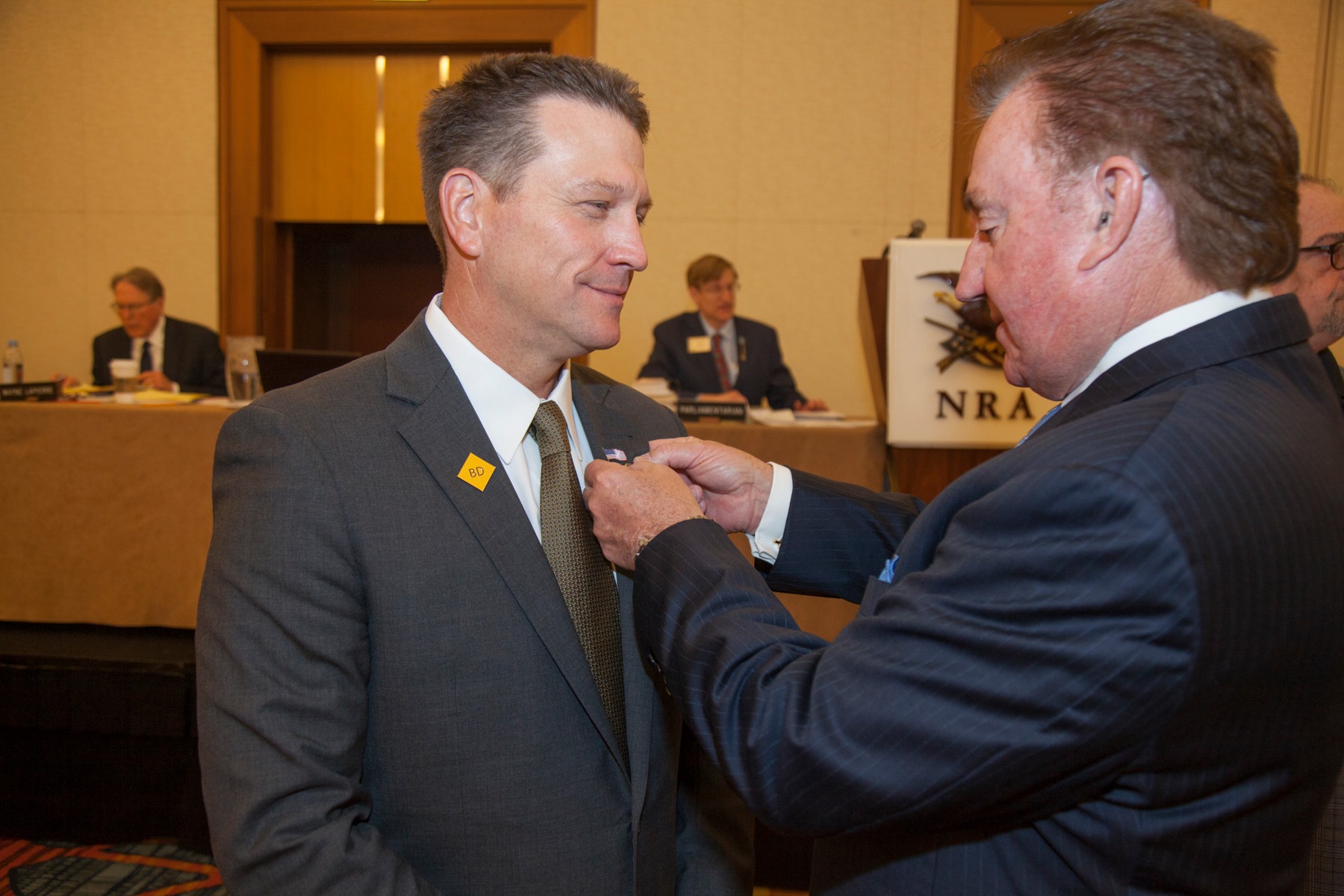 Sworn in as a Board of Director

On April 29th, 2019, Mark had the honor of being sworn in as a board of director and to represent and work for the membership to champion our precious Second Amendment freedoms.

Mark Vaughan, current NRA board member, endowment member, lifelong hunter, competitor, collector and outdoorsman has been nominated for re-election by the NRA nomination committee. Mark sits on both NRA’s Law Enforcement Assistance, Education and Training, and Sport Shooting committees. Serving at the Oklahoma County Sheriff’s Office since 2010, he was awarded NRA’s 2014 Law Enforcement Officer of the Year and other awards of valor for his actions in stopping an extremist attack at a food facility in Oklahoma. Mark is passionate about firearms training and advances the shooting community as an NRA Law Enforcement Instructor, along with, hunter education and BSA. He has served as president and 25-year trustee of the 2,000 member Oklahoma City Gun Club, overseeing its expansion, supporting Women on Target and youth shooting programs. As an experienced businessman, Mark grew Vaughan Foods to a publicly-traded enterprise, sold the business in 2012, and remains active in the agriculture food and logistics industries.